The family tree of wheat

Did you know that the first bread was baked in Mesopotamia thousands of years ago?
Even then, ground grain was already used to make bread dough. So the grains used in our bread today have a long history behind them.

It all began with wild grass types that cross-fertilised with one another spontaneously. Einkorn, which in evolutionary terms is the world’s oldest type of wheat thanks to the AA genome (the DNA, so to speak) crossed with other types of grass (with a BB genome) and that led to emmer grain. Later crossings gave us other types of grain, such as Khorasan wheat and durum wheat, both of which have the AABB genome composition.

Crossing these grains further with wild grass types (with a DD genome) and cultivated emmer resulted in spelt and modern wheat types. Both spelt and soft wheat have the genome sequence AABBDD.
This means that einkorn is the ‘grandfather’ of a whole host of grain types and following the same reasoning, emmer is therefore the ‘father’. 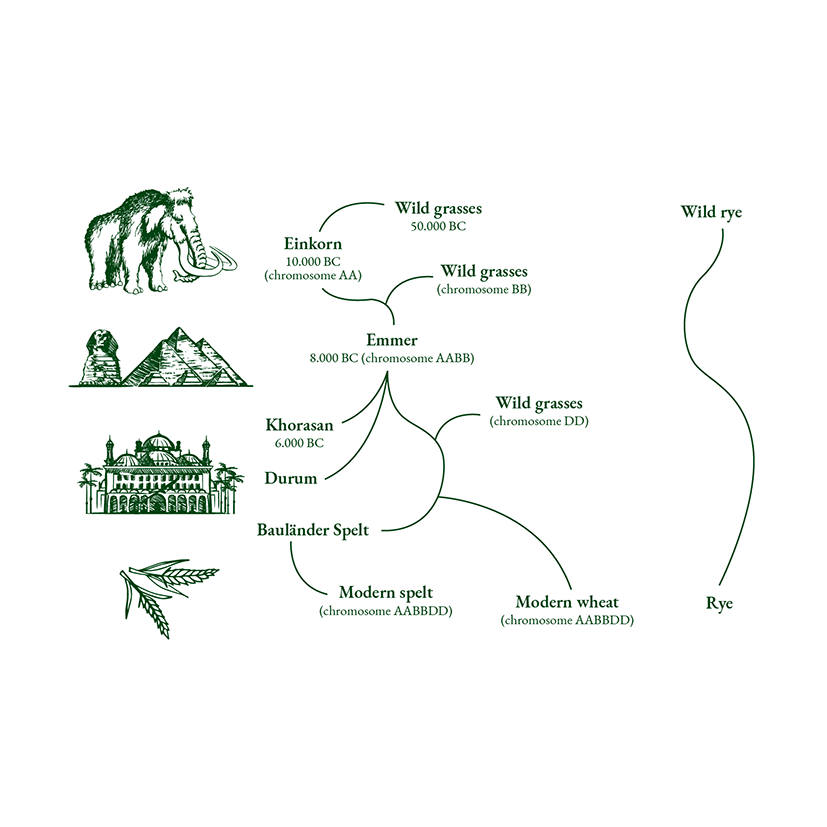 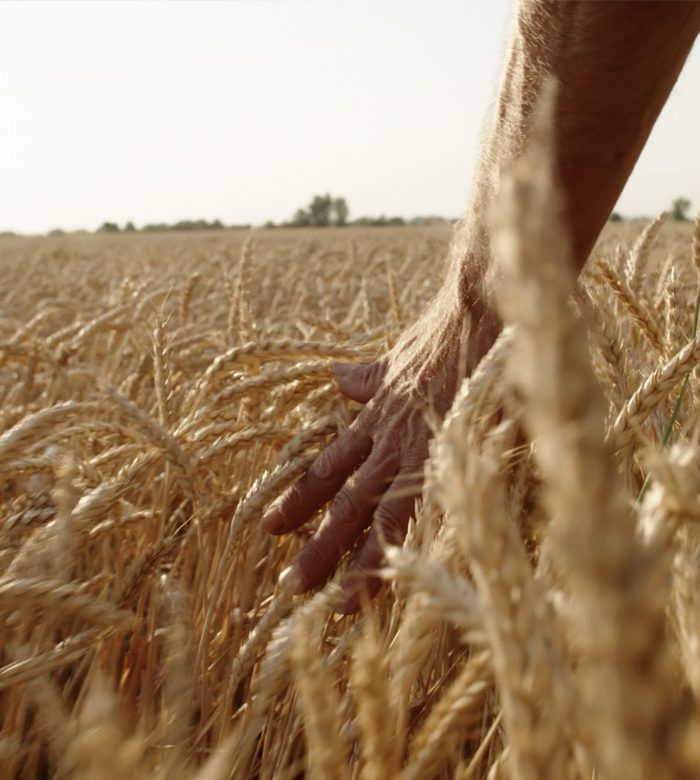 Selecting grains has been common practice since time immemorial. Over 10,000 years ago, our ancestors were already gathering the left-over grains, which they then sowed again the following season. In this way, various grains were crossed with wild grass types.

Spelt and other modern wheat types came into being, for example, when einkorn was crossed with cultivated emmer, or grains that have a DD genome. All this crossing eventually led to the soft wheat that we know today and that is used all over the world in around 80% of the bread, rolls and pastries baked.

For centuries, farmers selected their grains carefully to optimise the harvest. What’s more, this grain selection had a host of other advantages:

Some people claim that amaranth, buckwheat and quinoa are also types of grain, but that is not correct, because they are pseudograins. These are plants whose seeds are, generally speaking, used in the same way as grain, but that do not belong to the grasses family.

For that matter, only einkorn, emmer, Khorasan and wild rye can be referred to as ancient grain types. This is because they come from the family of grasses (graminoids), so they form the lawful genetic stems of all modern grains.