Einkorn, emmer, wild rye… You may never have heard of these ancient grain varieties, but they have recently come very much to the fore again. And that is not surprising, because ancient grains are not only delicious. They also have lots of other benefits. 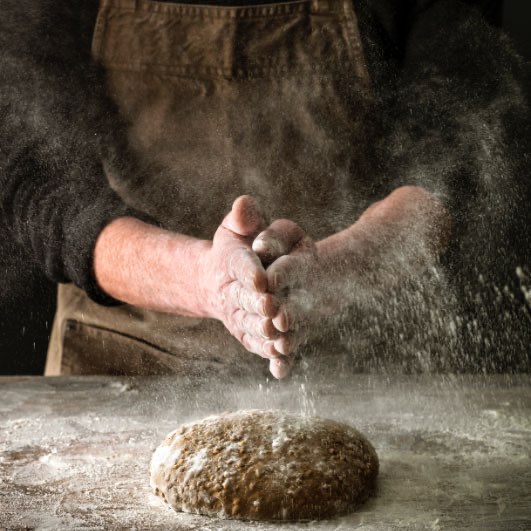 What are ancient grains?

Ancient grains are the forebears of our modern-day grains. They were cultivated thousands, sometimes even tens of thousands of years ago. Despite their many benefits, they were gradually replaced by the grain varieties that are most familiar to us today, such as wheat. Why? It takes a long time to mill ancient grains. The grain seeds are encased in a sturdy shell, so they first have to be dehulled. This is a time-consuming process and is therefore a lot more expensive.

The tastiest bread is obviously made using the best ingredients. That is why Waldkorn® joined forces with farmers in Austria and the Czech Republic, where the soil and climate are ideal for growing crops. All ancient grains that these farmers cultivate are used in our Waldkorn® products. Natural, pure, authentic and full of flavour: the perfect ingredients for delicious bread.

‘Ancient grains have specific properties when growing and processing. You need to know how to deal with them. However, it is worth the effort because ancient grains are valuable treasures with great potential.’

But now, ancient grains are really making a comeback. We are increasingly aware of how we treat our planet and our food. Ancient grains fit in perfectly with this. Not only are they sustainable, but they are also extremely tasty; each variety adds its own unique touch to the taste of bread and other pastries. In short, these ancient grains are brimming with benefits!

Ancient grains are the forebears of our modern-day grains. Had they not existed, we would never have been able to enjoy delicious bread and pastries!

Ancient grains are weather-resistant and thrive in less rich soil. So they need virtually no artificial fertilisation. In addition, they are more resistant to diseases, so the use of pesticides can be limited. Good for the planet and for you!

The various types of ancient grains were not subjected to cultivation programmes over the centuries. So their nutritional profile has not been altered, which means that they contain far more minerals, proteins and trace elements than modern grain varieties. 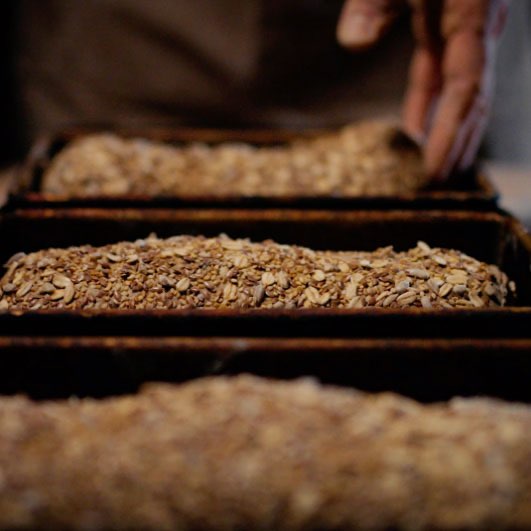 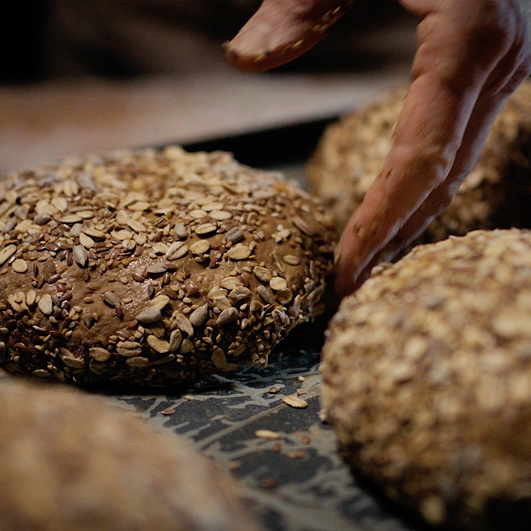 Find out here about the ancient grains that we at Waldkorn® grow.

Einkorn
Einkorn was one of the first cultivated plants. It is known as the ‘grandfather’ of the modern common wheat. Einkorn has a unique, slightly nutty taste.

Emmer
Emmer comes from einkorn and is the ‘father’ of our modern common wheat. It gives bread a somewhat darker colour and a pleasant spicy flavour. In addition, emmer is particularly nutritious.

Khorasan wheat
Khorasan wheat adds a rich, rather nutty flavour to baked goods and contains 20 to 30% more protein than wheat.

Wild rye
Wild rye is the oldest known precursor of modern rye. Bread made with wild rye has a darker colour and a slightly sweet, somewhat earthy flavour. In addition, wild rye develops a striking aroma during the baking process.

Fisser Imperial barley
This ‘primeval barley’ is cultivated in the Austrian municipality of Fiss in Tyrol. It is particularly rich in protein and has a slightly malty aroma and an earthy, nutty taste.

Bauländer spelt
This spelt variety, one of the few pure varieties of the grain, comes from the Bauland region of Germany. It is an easily digestible grain with a sweet, nutty flavour.

Find out more about Waldkorn®