Spelt in the grain field: find out all about this popular grain! 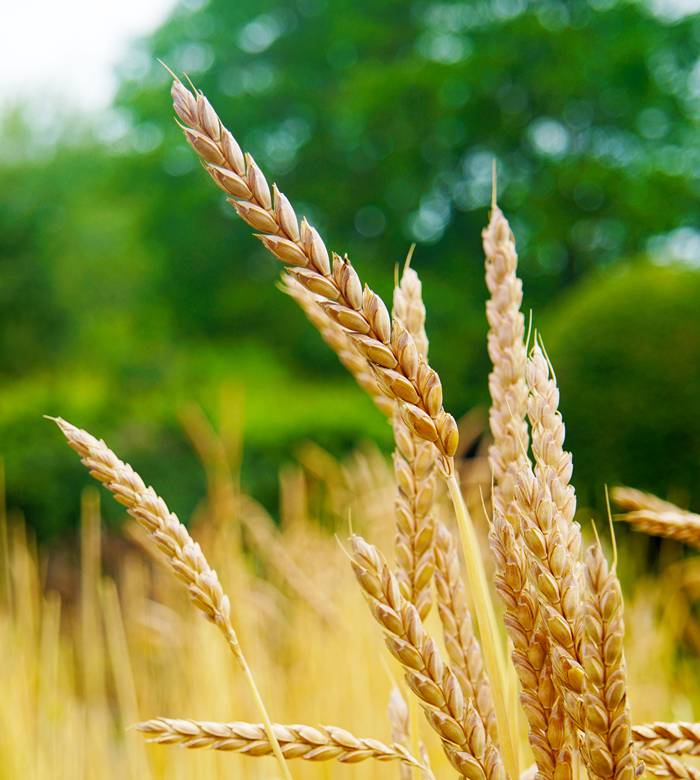 Spelt is one of those popular grains that you see all over the place. Hardly surprising, because spelt has a tangy, nutty flavour. Ideal for everyone in search of that little bit more in their Waldkorn® bread.

It might sound totally new, but actually spelt is a very old grain. The oldest variants rank among the so-called ancient grains (or ‘primeval grains’), the forebears of our traditional grains. According to Greek mythology, ancient spelt was a gift from the goddess Demeter to the Ancient Greeks.

Spelt is one of the hulled grain types. This means that the seeds are enclosed in a rigid shell which provides protection against harmful environmental conditions. Because the seeds remain encased even after threshing, an additional step is necessary in a special mill to separate the corn from the shell.

Why is spelt so popular?

Spelt arose as a hybridisation of emmer wheat and wild grasses. It contains many amino acids, minerals and vitamins and also feels easily digestible, although in terms of gluten there is not much difference compared with ordinary wheat.

The light feeling is the main reason why spelt bread is so popular among people in search of a balanced diet. And of course, the tangy, nutty taste makes all spelt bread even more irresistible.

Spelt has a host of applications in the kitchen. It can be used ground, coarsely ground or as whole seeds. Spelt flour bread is now very widespread, but noodles, biscuits, dumplings, casserole dishes, pasta and muesli made with spelt are very popular, too. Green spelt is often used for vegetable burgers or stews.

Spelt can also be found in your Waldkorn® bread. In our Waldkorn® Trispelti we even combine three generations of this grain! The combination with einkorn, emmer and desem makes it extra delicious.

The history of spelt

According to scientists, the oldest spelt find dates back to Neolithic settlements in West Georgia and Mesopotamia in the fifth and sixth centuries BC. We have proof that spelt was first grown in Central Europe in the Late Bronze Age (1100 - 800 BC). Scientific research indicates that at the time, 20 to 70 per cent of the grain cultivated in the area around the Neckar river in Germany was spelt.

Want to know more about our other ancient grains? Then be sure to take a look here ! Or discover our breads with ancient grains right away.